Wikipedia defines a payment as “the voluntary tender of money or its equivalent or of things of value by one party to another in exchange for goods, or services provided by them.” People’s willingness to “voluntarily tender something of value” in order to receive something else has been around since the earliest of human civilizations.

The earliest transactions in human history took the form of bartering and trading, where a person would take an item they had in surplus and give it to another person in order to obtain other items that person had. A simple scenario of this would be one person trading an amount of wheat in order to obtain an amount of oil from another person, as agreed upon by both members of the trade.

The trading and bartering system of payments lasted for a long time, until precious metals entered the commerce scene. While exchanging goods continued to happen through trade, payments could also be made by giving some of these precious metals (which in some places had been minted into actual coins) in exchange for a desired good.

Coin payments also continued to be used for a long time. Then in the 11th century, paper money was introduced as a form of payment for the first time, supplementing the use of heavy coins. Paper money is an example of a social convention that became accepted because of its instrumental value – the paper itself didn’t have value, but socially it became accepted to represent something valuable.

Later, checks entered into circulation and became a popular payment option, especially in Europe. Similar to paper money, checks represented money but didn’t have any value in and of themselves.

Until modern times, payments continued to be in the form of coins, paper money, and checks. But then in the late 1950s, a new option for making payments started to emerge: digital payments. Through charge cards and then credit and debit cards, payments shifted to become almost entirely electronic and computerized, leading us to where we are today: primarily contactless payments.

In the first post of our Fintech and Culture series, we briefly traced the history of fintech and also discussed some amazing and helpful features available to consumers today through emerging apps. In this second post of the series, we’ll be looking specifically at digital payments that have become the norm in recent years and why they are important as we consider the future.

An Explanation of Digital Wallets

Digital wallets (otherwise called electronic or mobile wallets), are applications for mobile devices. The primary purpose of these apps is to store a user’s information digitally so that they don’t have to carry physical cards around with them wherever they go. Primarily considered to be financial apps, digital wallets were designed to safely and conveniently store payment information, like users’ credit or debit card numbers – i.e. information that is highly confidential. With many digital wallets, users can not only conduct transactions using their linked credit and debit cards but also store money and track their transactions.

As you’re probably already aware, some of the most popular digital wallets in use today are Apple Pay, Google Pay, and Samsung Pay (although there are many others in addition to these). Other popular fintech apps that have digital wallet components include Venmo, Paypal, and Zelle.

Digital wallets fall under the umbrella of fintech because they use relatively new technologies to conduct payments between users and merchants. They facilitate something called “contactless payments” since the transaction takes place through electronic signals rather than physically handing something to the merchant, like a credit card to be swiped or like bills and coins. Let’s briefly look at the technology digital wallets use in order for contactless payments to happen.

The main technology driving digital wallets is near field communication, or NFC, which is used by Google and Apple Pay wallets (a similar technology used by Samsung Pay is magnetic secure transmission, or MST). NFC is a series of protocols or agreements two devices follow in order to communicate with each other. The devices don’t have to be touching but need to be close enough for signals to be sent between them, usually between a distance of 4 cm or about 1.5 inches. This is why you hover your mobile device over the payment terminal in order to initiate the connection if you’re in a store making a purchase.

The communication that happens between the stored banking/financial information on your device and the terminal follows the same process as if you were using an ID card to gain access to a locked room. And when your device transmits payment information to the payment terminal, the information is encrypted to protect it from being stolen or saved by an outside user.

Progression of Digital Wallet Use

The first digital wallet that entered the market was the Google Wallet app (now known as Google Pay), which launched in 2011 for Android users. Initially it could only be used with Mastercard credit or debit cards issued by Citibank but later expanded to include other major payment networks. Apple Pay, partnering with American Express, Visa, and Mastercard, emerged in 2014 for iOS users. Following suit came Samsung Pay in 2015.

While it’s taken a little while for digital wallets and contactless payments to gather steam, the COVID-19 pandemic facilitated a major shift in consumer behavior that appears to be here to stay. According to one report, only 18.9% of people used a mobile or digital wallet in 2018, but by the end of 2020 that percentage had increased to 46%. Globally that number increased again in 2021 to 49%, with projections to be up to at least 53% by 2025. One survey limited to the UK, US, and Australia found that up to 75% of people have used a digital wallet within the last year. With over half of people worldwide using them, it comes as no surprise that it’s estimated that by 2025, over 50% of all transactions made will be conducted via digital wallets.

The Perks of Digital Wallets

The increasing popularity of digital/mobile wallets and contactless payments isn’t surprising, especially considering the events of recent years. And while younger generations are more open to using this kind of technology, across the board it’s becoming more widely accepted and mainstream to use whether you’re shopping for groceries in person or shopping online for a new pair of jeans. Here are two main benefits digital wallets provide to users:

Using a digital wallet means that you don’t have to carry a physical wallet with all of your payment cards in it – everything you need to make a payment is stored on your mobile device, which you’re probably already bringing with you when you shop. But digital wallets also make online shopping easier, especially if you’re shopping from your phone, because the payment information automatically is shared when you check out.

Mobile wallets also make transferring money from one person to another extremely easy. Instead of having to carry cash or write a check, using a platform like Venmo people can simply initiate a transfer with a few taps and clicks. Digital wallets and contactless payments simplify things.

Mobile wallets today require extra security measures in order for users to access the payment methods and information stored in their digital wallets. They’re protected by separate passwords or unique identifying information to the user (think fingerprint or facial ID for iOS devices).

Transactions conducted through digital wallets are encrypted, meaning the sensitive information tied to a person’s payment card, etc. is scrambled and put into an incomprehensible secret code that can only be deciphered by the intended recipient.

People increasingly prefer contactless payment so that they don’t have to hand over their physical card to another person to be swiped, or physically touch a device every other shopper has been touching. So it can prevent unwanted copying or access to your payment numbers and also decrease the amount of hands or surfaces your cards come into contact with.

A last thing to consider… Although most merchants now allow Apple Pay, Google Pay, and Samsung Pay in physical settings, some of the other wallets that exist, like Venmo, aren’t yet accepted at your typical grocery store or Target. Venmo, for example, wasn’t originally designed for business use but rather for individuals to be able to transfer money between themselves, and it’s only available in the US using USD. Venmo’s parent company PayPal, however, can be used globally with 25 different currencies and also can be used to make payments both online and in stores.

Although Pentadata doesn’t facilitate payments, we help businesses access the data connected to payments. As a financial data provider, we can quickly and securely port the data that banks accrue about individuals’ transactions to third party apps users have given their permission to. Today data drives everything – by having access to transaction and payment data and interpreting it in relevant ways, companies can better personalize their services and drastically increase engagement with their customers. If you’re a merchant or developer who wants better access to customer financial data, specifically related to payments, reach out using the form above to learn more about how Pentadata can help you reach your goals. 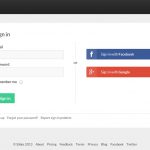 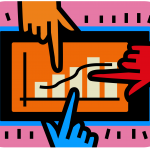