A Conversation with David Nohe of FinGoal

A few weeks ago we met with David Nohe, CEO of FinGoal, to talk about the current world of fintech and where things are going in the future. Here’s his interview:

We’re FinGoal. We provide actionable insights on top of digital banking and personal finance data. Everything that we do is in the pursuit of understanding individual users better on a human level – what they care about, value, and what’s motivating them right now.

What is the coolest thing you’ve done so far?

What gets me the most excited is being able to deliver on a promise of personalized digital finance. Basically FinGoal is an infrastructure layer; we sit behind the scenes. Our customers send us data, and we send them back more information about their users. We can do some really cool stuff with the data. Things like, we can find a fintech company’s users who are spending, say, over $90 a month on their phone bill in certain geographical areas and are also subscribed to a specific streaming service. We let those users know that their phone company will actually pay for that streaming service at that phone plan level; the user just needs to activate the offer. Then we let our FinGoal customers know that there’s extra money no longer needed for the streaming service, so they give their users an opportunity to put the extra dollars they’re saving toward debt repayment, goal-based savings, brokerage, or whatever they’re doing to further their financial journey. Right now we have close to 1100 of those situations we can inform our customers about. The cool thing is those sorts of things work right out of the box for customers, on day zero. And more importantly, their users start to get that kind of value immediately. Nobody else in the world has that – no consumer company has it, and no infrastructure company has it. Even though it’s common sense, it’s a lot of work to get there. It’s cool stuff like that that really makes me excited about what FinGoal is doing.

What are your thoughts on the current landscape of fintech and portability platforms like Pentadata? Where do you see things going in the next 5 years?

Access to data is getting commoditized. It’ll take a while in the U.S. for that to occur, but it’s already happening in other markets that are ahead of us in terms of open banking and finance. That’s what will differentiate infrastructure companies. The platforms built on top of those infrastructures will use the types of metadata and insights FinGoal can provide, adding to the commoditized data fields. We’re moving to a world where the best data will win, and it’s easier than ever now to switch data providers to get the best data.

In May, we launched something called our Aggregator Switch Kit, so that if a developer chose the wrong aggregator or data sources a couple of years ago, and they regret that decision now or find it’s holding them back, instead of it taking three to six months to switch to something else, now you can do it in minutes. We built the Switch Kit because we believe fundamentally that the best data should win, and anything that’s blocking access to the best data is a problem worth solving.

If we want to deliver on the promise of a better and more inclusive financial system that invites everybody into a future of prosperity, the infrastructure behind it needs to be as financially available as possible, which means we need to take the extra costs out of the equation. If we make the infrastructure more affordable for platforms and fintechs, they can now afford to offer more inclusive products to more people who maybe weren’t profitable to serve a decade ago, or maybe will be profitable five years from now.

What would you tell someone who’s considering switching to account linking and open-banking from CLO?

That’s everything. Whether we like it or not, cards are becoming less and less important. Consumers are using so many more methods of payments now, and payments are becoming more and more decentralized in a traditional sense. Consumers are using a wide variety of tools to move money and to make payments. So if you’re just relying on card rails, you’re going to be missing a big piece of the user’s life. You might even be missing entire sets of users who aren’t visible on the card rails at all. You have to move beyond that and go to where the users are. That’s what I love about the account-based strategy – it makes it easier to follow user behavior rather than telling users you have to come to us.

What are your recommendations to start-uppers and entrepreneurs?

Number one, security is really important. The era of fintech companies being able to build and not think about security and compliances is well behind us now. If you don’t think about security up front, you’re going to regret it. Number two, build less. Figure out what you do that’s really special, unique, what insight and value you have to the market, and then use partners, vendors, and integrators for everything else so you don’t have to build as much in-house. That way you can get to market faster, you can test your assumptions faster, and you reduce risk and uncertainty by building on top of existing reliable infrastructure while building great partnerships.

We’re excited about what David and his team are doing at FinGoal and to be partnering with them as we look to the future possibilities of fintech. If you’re interested in learning more about how Pentadata can help you as a start-upper or entrepreneur, reach out today. 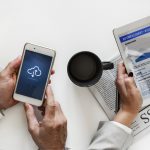 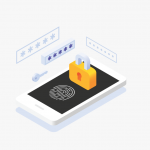