A Conversation with Ester Shin Valenzuela

In July, Pentadata’s very own Ester Shin Valenzuela was named as one of the Digital Commerce Alliance’s “Top 20 Women in Digital Commerce.” We recently sat down with her to talk about her unique experience in the finance and technology sectors. Here’s her interview:

Tell us about your background and how you got to where you are today.

I’m a first generation Korean American. My parents emigrated from Korea and ended up in Guam. We moved to southern California when I was four or five, which is essentially where I grew up. Fast forward a bit – for college I moved to the east coast. Initially I wanted to pursue music as a performance major for flute and piano. During that time I got into the recording industry, so one of my degrees is actually in Recording Arts Engineering. When I graduated, though, it was right during the recession, so I first ended up managing a flower shop in the wholesale district in LA and then worked at various recording studios at night. I did that for two years before I realized I needed something that would be more consistent and pay the bills, so I decided to shift into finance. I had done some related internships during college including one at Morgan Stanley, so I had some background to be able to do that. My first job was at a loan document signing company where I was involved in the rollout of their automated platform.

That was my intro into fintech, and I eventually started working with the CardLinx Association (now known as the Digital Commerce Alliance) right around their inception. I started as a member manager, and I was exposed to these really large companies and spaces as they were implementing new ways to streamline digital commerce for consumers. After the first year with CardLinx I got involved with standard work groups that included companies like Microsoft, MasterCard, Discover, etc. It was amazing to be part of the process of creating standards that are being used in the marketplace. I was with Cardlinx for about five years and during my time was promoted to VP chief of staff and head of member services. Then three years ago I was presented with the opportunity to join Pentadata as the head of operations. , and that’s where I’ve been since.

What has it been like moving between nonprofit and for-profit companies?

It’s definitely a change of pace, being revenue-driven versus a mission-driven. The change was a lot easier for me, though, because Pentadata is a very mission-driven company. We’re all about making sure consumers control their data and not the companies, so for me my roles between for-profit and nonprofit have been very similar.

As someone who knows a lot about finance and card-linked offers, what are you excited about in the world of fintech right now?

I’m excited about the new capabilities that will come out in the next few years as industry leaders continue to work in the space. When I first started working for Cardlinx, card-linked offers weren’t brand new, but there were still a lot of issues to work out – like consumers who were double dipping rewards or how to report back to merchants, onboarding merchants to card-linked programs, etc. All of those things were fixed along the way which has made a great experience available to consumers today. Now with open banking, there are obviously some of the same issues that were there with card-linking, but I know from my experience that those can and will be fixed. Once the industry settles, I’m excited for the enhanced consumer experience and how they’ll benefit. I personally love rewards and loyalty, and it makes me happy to save money and get money back or having offers tailored to me. So in my mind, it only gets better from here!

What are your thoughts on financial inclusion, and what can the industry do to become more inclusive?

Financial inclusion is something that’s really important to me. My parents are immigrants; my husband is an immigrant. I’m really happy to see that there are so many companies coming out now that are focused on financial inclusion – that’s their mission. But we need the more traditional players in this space, like banks and lenders, to also keep an open mind about accepting alternative data sources to understand the economically underprivileged population. The formula that’s in place right now is definitely not designed for that set of the population. I see things moving the right way – for example, people can now purchase fractional shares of stocks, or car and insurance lenders are starting to look at alternative data sets to lend out – things like that. But it will be up to those large players to truly implement inclusion in order to make drastic changes in the industry. So many small start-ups are coming out with really great ideas right now – and Pentadata put me in a place to interact with these types of companies. It’s really great to see a new generation of tech workers who are thinking about how they can serve the underprivileged.

Where do you predict this industry is headed in the next 5-10 years?

The biggest thing is that the consumer is much more aware. I see more consumer transparency, more control of the individual’s data and how it can be applied. We’re headed in the right direction. That in turn will reduce fraud and other things that are rampant that hurt big subsets of our population.

Congratulations, Ester, on making a significant difference in the world of digital commerce! We’re grateful for the work you’ve done for companies and consumers throughout your career thus far.

For more info about Pentadata and how you could partner with us, visit our website. 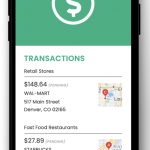 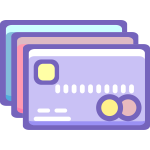