Back in 2020 when we first released MerchantSight, our trademark product that empowers many card-linked offer programs as well as AI applications, the reception was great.

There was literally nothing like that in the entire internet. In fact, there still isn’t.

If we had to name one shortcoming of MerchantSight, it would be the cost. It cost us a lot not just in terms of development work, but even more so from a maintenance perspective — maintaining complicated software is expensive. And therefore it isn’t exactly an inexpensive product.

Two years, 60 million POS-connected merchants, and hundreds of millions of bank transactions later (as well as countless development hours) we are proud to announce that a new major release of MerchantSight is now live. And it’s faster, bigger, and even less expensive than before.

First and foremost, the knowledge of the algorithm has increased by a lot. Our benchmarks show that the new MerchantSight knows 15% more than the previous version. Since the latter was already able to identify about 40 million merchants, that’s a very significant increase.

A shout-out goes to our partners, as always. We work with some of the POS systems with the broadest market penetration and, of course, with almost all North-American banks. Our algorithm works off data like that. It learns new patterns over time, and we noticed that around 4 months ago it had reached a new stable configuration. The rest was analysis, QA, and release engineering.

The second update is that we were able to automate a lot of tedious work that would be usually required to use MerchantSight: cleaning, merging, and validating the data — that’s all scripted now.

As such, we are able to service the new data connection at a fraction of the price. Literally. Whatever you are paying right now, you can get a 60% reduction in pricing. To move to the new version, all you have to do is get in touch with your account executive.

Using the new MerchantSight API is as easy as with the previous version. In fact, there’s no change at all in the interface: we’ve made it backward compatible.

To move your account on to the newer version, you don’t have to change a single line of your code. We simply have to switch an internal flag.

What is MerchantSight for?

Companies are using MerchantSight for a variety of reasons. The most common use case is to power their loyalty and cash-back programs. For them, it plays the role of the old card-linked offers notification that payment networks send, which is very, very expensive. With open-banking and MerchantSight, it’s easy to access the benefits of broader data access and a less expensive program.

There are also companies that have financial data from other sources, and they simply fill in the blanks with MerchantSight. This approach gives them a deeper understanding of their audience and, again, it’s literally just one web request.

How to get access to the new version of MerchantSight

Like we said before, all you have to do to access the new version is reach out to your account executive. We can’t wait for you to try it out! 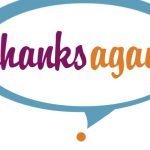 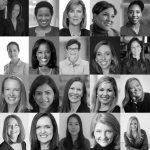